This is about all News and Press Statements 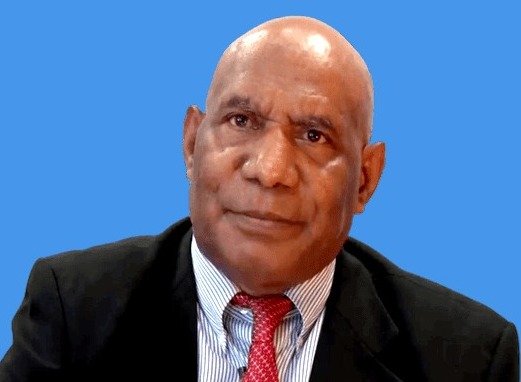 The PNG economy stands to make a quick recovery and growth can pick up this year if the Government acts early to facilitate recovery in a fragile environment as the country slowly recovers from the Covid 19 challenges, according to the PNG EITI.

Head of the PNG Extractive Industry Industries Transparency Initiative Mr Lucas Alkan was commenting on a recent Word Bank Report, which projected  the PNG economy to grow by around 4 per cent this year- largely driven by growth in the extractive sector. The projection was  made in its  Economic Update for PNG released in March this year. The Bank’s projection stems from its estimate of the economy returning to positive growth of 1 per cent in 2021 after contracting by 3.5 per cent in 2020.

“The economy is currently in fragile state, particularly when it is emerging from the aftermath of the Covid 19 pandemic induced disruptions that had devastating impact across all sectors of the economy. The pandemic has created room for complacency and brought about new approaches to living and conducting business as we have been introduced to the ‘new normal’ way of living and doing business in recent times” Mr. Alkan commented.

He indicated that the Bank’s growth forecast is dependent on a number of risks factors that are at play relating to the extractive sector. He said some of these are external risks such as the rising fuel prices brought about by the Russian and Ukraine war which “we have little or no control over”

.”However, there are other risks that can be managed in the remaining months of this year” he observed

“Firstly, the Porgera Mine needed to be re-opened immediately to contribute to the growth projected. The prolonged delay in re-opening the Mine has resulted in significant revenue loss to the State and loss of employment and benefits to local communities. The shutdown of the Mine is having direct impact on the current foreign exchange shortage in constraining business operations domestically. Porgera Mine had been a good source of foreign exchange inflows and its continued shutdown is not assisting PNG to achieve the 4% growth projected by the World Bank,” Mr. Alkan said

Mr Alkan said the growth was projected almost 4 months ago, assuming that the Government would conclude negotiations and re-open the Mine before June, however this has not eventuated. Reopening the Mine anytime soon seems not feasible in light of the current national general elections that will take us up to August for a new government to be in place.

“If all in order the Mine can be re-opened but then the lead time required for mobilizing resources and the significant start-up capital needed to get the mine back to its full operating capacity is a big challenge. Realistically, we may be looking at around October or November for the start-up but then it will be almost end of the year so for Porgera to contribute to the projected 4% economic growth seems unlikely”, Mr Alkan said.

“Secondly, the inherent political risk associated with the current national general election and the formation of a new government is likely to delay any efforts to start up new resource projects currently in the pipeline. The commencement of at least one or two of these projects at the earliest possible time will have positive impact on the economy, and in as far as contributing to the 4% growth projected. Unfortunately, election activities have generally stalled things until a new government arrives but this may not be too soon until around August or September for the new regime to pursue with outstanding negotiations to reach agreements to bring these projects on-line. These projects include; Wafi-Golpu, Frieda and the Papua LNG project that have the potential to contribute positively to the economy during their construction phases.

Thirdly, there is a real risk for the Covid-19 pandemic to surge again, disrupting economic activities in this very fragile environment, especially given the vaccination rate is very low. This is highly likely due to large gatherings taking place right across the country since political campaigns commenced following the issue of writs in May,” he said.

Mr Alkan indicated that some of the above risks and challenges could be minimized if the current or incoming government takes immediate actions within the remaining months. It is understood that the final agreement for Porgera reopening will be sanctioned soon by Mineral Resources Enga (MRE), the remaining party to sign the recommencement agreement.

‘We hope this agreement will be sealed at the earliest for the next phase which is the application of the Special Mining Lease (SML) to recommence the mine.

PNGEITI commends the transparent negotiation process that has taken substantial amount of time and effort to ensure the interests of all parties are reflected in those agreements. We believe the re-opening of Porgera Mine will live up to the expectations of institutions such as the World Bank that predicated PNG’s positive economic growth to be driven strongly by the extractive sector this year.

It would be very critical for the incoming government to also engage with the developers to bring the new projects already in the pipeline on-line at the earliest which will contribute positively to the economy.

We re-echo the World Bank’s sentiment that the PNG economy is navigating a fragile recovery period and if the Government does not act decisively and fast to re-open the Porgera Mine and bring on-line new projects in the pipeline in the next few months then it will be highly likely that the Bank’s projected growth for the extractive sector will not be achieved,” Mr. Alkan said.

The PNG Extractive Industries Transparency Initiative (PNGEITI) has applauded a collaboration between state’s mine regulator, Mineral Resources Authority (MRA) and mine  operators to create a digital platform to provide real time mineral data from all major mines in the country.

Live data  will  include numbers showing production value, export value, and related information basically livestreamed from a data source of respective mine operators.

Ok Tedi Mine will be fist to streamline live data to the MRA website for public access after engineers have finalized  work. Other will follow soon after.

“The cooperation between the mine regulator and the extractive companies to make live data available for public viewing is an excellent undertaking to garner  investor-public trust and confidence in the way the mining industry is regulated and progressing. PNGEITI highly commends these efforts,” PNGEITI Head of National Secretariat Mr. Lucas Alkan commended.

“We commend the MRA leadership under managing director Jerry Garry as this undertaking will complement and enhance EITI reporting in the country. This is boost for transparency, boost for investor and public confidence,” he said.

“We look forward to this important work being undertaken on this space and wish MRA and the companies every success” Mr. Alkan said. The Head of Papua New Guinea Extractive Industries Transparency (PNGEITI), Mr. Lucas Alkan announced today that the country will be validated for the second time since PNG signed up to implement the EITI global best practice Standard in 2013.

The validation exercise is set to commence on the 30th of October 2020.

PNG underwent its first validation in 2018 in which the EITI Board granted ‘meaningful progress’ in implementing the EITI Standard. The Board commended PNG’s efforts in implementing a number of reforms to address weaknesses in government systems and in improving the level of transparency in the country’s extractive sector.

The Board recognised PNG’s efforts in ensuring appropriate multi-stakeholder oversight of EITI implementation and aligning objectives for the EITI with national priorities. It further commended the country’s efforts to produce EITI data in a timely manner and to effectively disseminate the findings of the EITI Reports to influence public debate.

The Board welcomed the government’s continued commitment to strengthening government systems by using the EITI process as a diagnostic tool to support reforms. As part of improvements of such systems, the EITI Board encouraged PNG to pursue efforts to systematically disclose data required by the EITI Standard as part of routine government and company disclosures.

The outcome of the first validation was a positive step for PNG in the EITI implementation process, and demonstrated that the EITI process can contribute to enhancing transparency and accountability in the management of resources related revenues.

In granting ‘meaningful progress’ to PNG in its efforts to implement the EITI, the Board allowed 18 months (up till 30 April 2020) for PNG to take corrective actions on the areas identified to meet the EITI global standard before a second validation was undertaken.

There were 14 areas identified as having made no progress or inadequate progress which required actions to be taken.

Mr. Alkan indicated that the onset of the Covid19 pandemic late last year and the associated lockdowns and restrictions to normal operations had severely affected our ability to prepare well by addressing the above areas before the second assessment.

He said that due to the Covid19 pandemic, the EITI Board deferred PNG’s validation from April to October 2020. A further deferment to next year would work well for us in our continued effort to take corrective actions, however this did not seem imminent.

Despite the Covid19 inflicted disruptions, he encouraged all stakeholders involved in the EITI implementation process to prepare as best as we could for the second validation.

The Head of Secretariat emphasised that failure to make considerable improvements in the above areas (in the second validation) could result in PNG being suspended from the EITI in accordance with the provisions of the EITI Standard.

Full details of the PNG’s Validation outcome can be viewed on EITI website or the PNGEITI website, www.pngeiti.org.pg

At its meeting in Dakar on 30 October 2018, the EITI Board decided that Papua New Guinea (PNG)
has made meaningful progress in implementing the EITI Standard. The Board recognised PNG’s
efforts in implementing reforms to address weaknesses in government systems and in improving the
level of transparency on state participation in the country’s extractive industries.
“The EITI is having a real impact in Papua New Guinea: citizens can now see how the
revenues from oil and gas projects are being distributed and how the government is
managing mining revenues through trust accounts”, said Fredrik Reinfeldt, chair of the
EITI.

“The process has improved the petroleum register and shone a light on the state’s
participation in the sector. I welcome the news that stakeholders will increasingly use
EITI to inform investment decisions and to assess the sector’s contribution to the
economy.”

The government of the Independent State of Papua New Guinea (PNG) committed to implement the EITI on
14 March 2013 by through National Executive Council (NEC) Decision 90/2013. An interim Multi-Stakeholder
Group (MSG) was formed in 2012 and a permanent MSG was appointed in November 2013.

The country was accepted as an EITI Candidate on 19 March 2014 at the EITI Board’s meeting in Oslo.
On 25 October 2016, the Board agreed that PNG’s Validation under the 2016 EITI Standard would commence
on 1 April 2018. This report presented the findings and initial assessment of the International Secretariat’s
data gathering and stakeholder consultations.